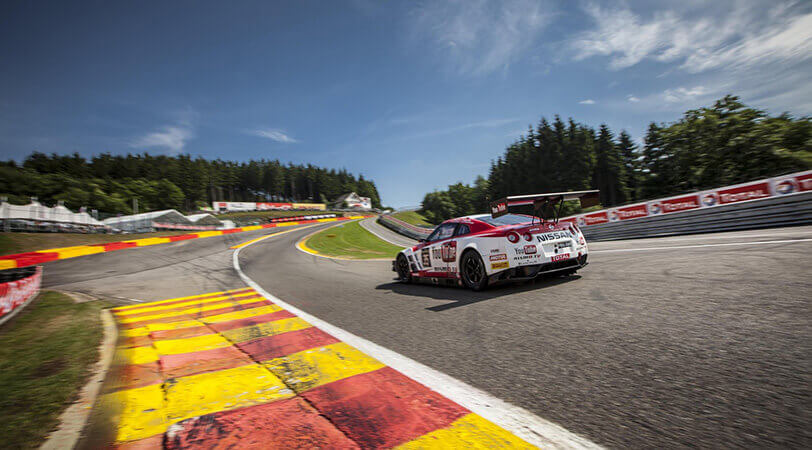 May’s Track of the Month at The Race Centre is the legendary Spa-Francorchamps in Belgium. First used for Grand Prix racing in 1925, Spa has been one of the most iconic racetracks in existence.

World renowned for it’s vivid, picturesque setting and its high-speed corners, including the exhilarating Eau Rouge, Spa has been the scene of many a special event, annually hosting the Belgian Grand Prix and the 6 hours of Spa, taking place this month.

A favourite for both drivers and fans, can you tame Spa this month?

Jump onboard with New Zealander Earl Bamber, as he takes on a flying lap of Spa in his LMP1 Porsche 919 Hybrid

At the end of 2016, it was announced that Audi would be leaving the World Endurance Championships (WEC), and in doing so would be ending it’s long standing rivalry with fellow German manufacturer Porsche.

Audi have been the king of Endurance racing since the teams first involvement with the sport in 1999, being crowned winners of the 24 hour of Le Mans in 14 of its 18 starts, a record that lured Porsche back into the WEC in 2014.

Victories for Porsche at the 2015 and 2016 editions of the race, combined with notorious diesel emission manipulation scandal in 2015, resulted in Audi moving away from the sport for marketing reasons.

Racing between the two teams has been frenetic, and whilst Audi now look to ramp up their involvement in Formula E in the near future, it’s tenure in the WEC alongside Porsche will live long in the memory.