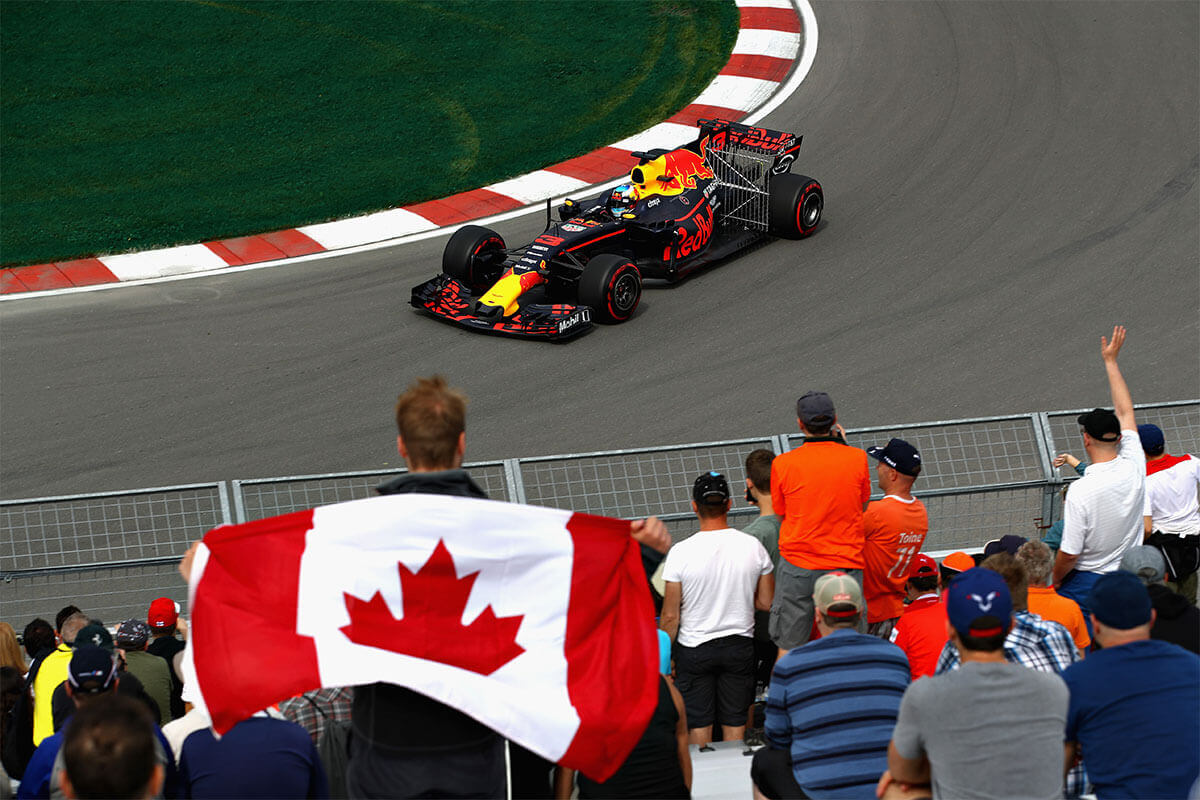 This June, The Race Centre is off to Canada, with our track of the month being the historic Circuit Giles Villeneuve in Montreal. An iconic street track, Circuit Gilles Villeneuve is a 2.7 mile circuit and has been a stalwart on the Formula 1 calendar since 1978.

This year is a special one for Canadian motorsport, with them celebrating 50 years of Grand Prix Racing in Canada, most of which having taken place at the Circuit Gilles Villeneueve. Famous for its long fast straights, hard braking corners and close proximity to the walls, including the notorious Wall of Champions, the circuit rewards brave and precise driving, with any small mistake usually resulting in a visit to the barriers.

It will take a great lap to master the streets of Montreal this month!

This month, we’re also focusing on one of the most successful drivers in the history of Formula 1; Lewis Hamilton. Born in Stevenage in January 1985, Lewis began his racing career with karting, before moving on to Formula Renault, Formula 3 and GP2 before making his Debut in Formula 1 with McLaren in 2007.

His maiden win came at the Canadian Grand Prix of his debut season, and it was a sign of things to come. His tenacity behind the wheel and ‘never say die’ attitude have flourished throughout his career, personified by his last-corner overtake at the 2008 title decider in Brazil, where he won the first of his 3 Driver’s World Championships.

In addition, his 55 race victories and 64 pole positions have showed his class over the years, and at the age of only 32, he can undeniably become the best driver of all time.